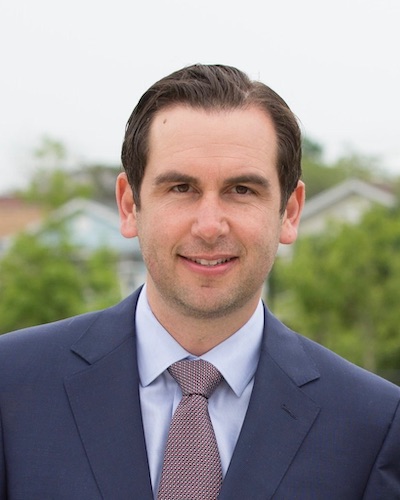 Steven Michael Fulop is the 49th Mayor of Jersey City – the most diverse city in the nation and the soon-to-be largest city in New Jersey.

Under his leadership, Jersey City became the first city in the state – and the 6th city in the country – to ensure paid sick leave. Mayor Fulop pioneered new ideas for helping prisoners re-enter society; he’s passed legislation to protect small businesses; made Jersey City one of the greenest cities in the nation. He’s undertaken public safety reform, with the JCPD now seen as a model for diversity. And Mayor Fulop has led the city to record economic development that’s benefited families of all income levels.

Mayor Fulop is a first-generation American, a lifelong New Jerseyan, a Marine, and a triathlete. He grew up in a Jewish family in Edison, New Jersey, the son of Romanian immigrants. He graduated from Binghamton University in 1999 and spent time abroad studying at Oxford University. After college, he joined Goldman Sachs. On September 11, 2001, Mayor Fulop was working in lower Manhattan when he saw the first plane strike the Twin Towers. A few weeks later, he decided to put his career at Goldman Sachs on hold and joined the United States Marine Corps.

Mayor Fulop’s Unit deployed to Iraq in January 2003. There, he served as part of the 6th Engineer Support Battalion. In 2006, he completed his service to the Marine Corps Reserve with the rank of Corporal.