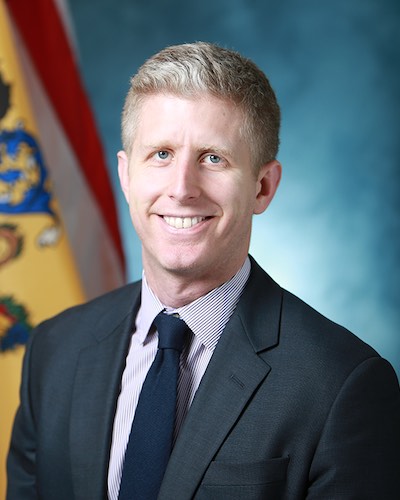 Mr. Kelley manages economic affairs for the Governor's Office. In this role, he oversees major policy initiatives, manages large economic development projects, and works with the Governor on marketing the state to businesses around the world. Since joining the Murphy Administration, Mr. Kelley has served as the Governor’s point person for several critical issues, including the economic restart and recovery from Covid-19; the American Dream development; statewide transit-oriented development; corporate relations; and foreign direct investment, including the Governor’s trips to Germany, Israel, and India, which have brought over 1200 jobs to NJ.

Mr. Kelley was a Deputy Campaign Manager and Finance Director for the 'Murphy for Governor' campaign. He previously owned and operated a public affairs consultancy, working with U.S. Senator Chris Murphy of Connecticut, the 2012 Democratic Convention Host Committee, and NARAL Pro-Choice America, among others. In 2013, he was appointed by Manhattan Borough President Scott Stringer to midtown Manhattan’s Community Board, a volunteer body with oversight of zoning, land use, liquor licensing, and other economic development issues. Mr. Kelley grew up in Morristown, NJ, and is a graduate of Dickinson College, Carlisle, PA.