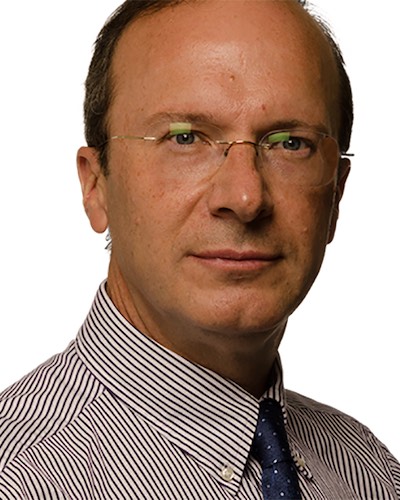 Craig Gotsman is a Distinguished Professor and Dean of the Ying Wu College of Computing at New Jersey Institute of Technology (NJIT) - the largest generator of technology professionals in the New York Metro area.

Prior to NJIT, Gotsman was a co-founder of the Cornell Tech campus in New York City in 2012 and Professor and Founding Director of the Jacobs Technion-Cornell Innovation Institute there. At Cornell Tech he was involved in all aspects of establishing and launching a 21st century graduate-level campus dedicated to digital technologies, innovation and entrepreneurship, with an emphasis on external engagement and growth of the NYC tech sector, in partnership with the New York Economic Development Corporation (NYEDC).

Before Cornell Tech, Gotsman held the Hewlett-Packard Chair in Computer Engineering in the Computer Science department at Technion – Israel Institute of Technology, where he was a faculty member for 20 years. He also served in Associate Dean positions and later as Deputy Senior Vice President of the Technion.

A Fellow of the US National Academy of Inventors and a Member of the Academy of Europe, Gotsman received his Ph.D. in Computer Science from the Hebrew University of Jerusalem in 1991.

Gotsman has been a visiting professor at Harvard University, ETH Zurich (Switzerland) and INRIA Sophia Antipolis (France), and a research scientist at MIT, HP Labs and Disney Research.